I want to go to Harvard!

Timing is an interesting thing.

Last week, we visited with a group of middle schoolers in central Little Rock, all of whom had specific ideas about college. As one eighth-grade girl told us emphatically, "I want to go to Harvard." 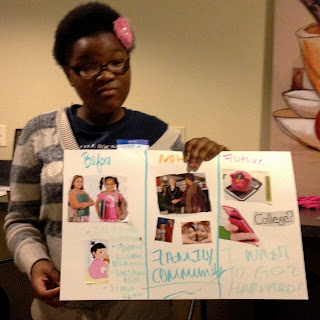 These were all students in a Little Rock charter school that caters to underserved students, providing them not only with a college-prep education, but also with help in shaping and defining their post-high school goals.

So the just-released national study about the lack of top-performing, low-income student who enroll in elite colleges caught our eye. The study found that only a third of top-performing students in the lower fourth of income distribution attend one of the 238 most selective colleges. Meanwhile, 78 percent of their counterparts in the top income quartile are enrolled in the more prestigious schools.

Reasons for the disparity? Some say lower income students may not be aware of the financial aid available to them. They may never have met anyone who's attended a top school. They may not have many college-attending role models at all. Because of all those things, they may feel more comfortable staying closer to home.

That resonates with something we heard Dr. Glen Fenter of Mid-South Community College say years ago about low-income students in his part the state -- college is a foreign place for many of them. Not only are they often the first in their families to look at higher education, many times they've never stepped foot on a college campus.

As this study suggests, helping students from lower-income situations feel at ease with college class schedules, campus lifestyles and such seems to be as important as preparing them for the academic rigor of higher ed.

Schools, colleges and communities can and should partner to introduce young people to college experiences.  By doing so, they could be opening up lots of unimagined doors for lots of students.

In fact, we know one we bet will be on Harvard Square in about five years.
Posted by Julie at 7:39 AM No comments:

What to do with rural schools?

It's a tough question, and one that the Arkansas State Board of Education struggled with again yesterday. The issue? The Harrisburg School District's petition to close its Weiner High School campus.

The Weiner School District was annexed into Harrisburg in 2010 after Weiner fell below the state-mandated district minimum of 350 students for two year in a row.  Weiner residents fought the annexation then, largely out of fear of losing the schools in their 700-member community.

Since that time, the Weiner schools lost enrollment, though their academic records remained strong.

One community member attributed the departure of students to the fact that parents were not sure whether the school would be there for their children to attend in future years. Business and industry also hesitate to come to a community in which the schools face possible closing. (We've heard the same statements in Lead Hill, a school district that also faced consolidation due to enrollment numbers.)

We admit that the best answer for children in previous years has seemed to be the closing of the smaller campus to provide all students the same benefits of attending a larger, more resourced school. The drawbacks have always been the long bus rides and the loss of community involvement those closings often entail.

Yet, we believe advancing technology could make it more feasible to keep successful small schools open.

As one of the Weiner school supporters voiced to the State Board yesterday, a single teacher could teach a full class made of students from both campuses through "localized" distance learning. What's more, he or she could teach from one campus one day and from the other the next. This is just one of the efficiencies that would allow for more administrative consolidations without the tumultuous consolidation of schools themselves.

We'd love to hear about examples of this model operating successfully in the state. We know they're out there. But, as the Weiner High School will be no more at the end of this year, the Harrisburg School District will not be one of them.

We're on a mission

At First Class Communication, we've operated with a mission since day one -- we wanted to be a communication firm specializing in education. Now we've articulated that mission. Here it is:

To work with educators and those who care about education to build trustworthy reputations and promote shared values through intentional communication, conversations and partnerships.

The promise keeps on growing

We love getting news out of El Dorado -- it's always so exciting.
Today we learned that the famous El Dorado Promise -- which has provided  scholarship money to more than 1,200 El Dorado High School graduates over the last six years -- is expanding the program.
Qualifying graduates receive scholarship amounts equal to the highest tuition charged by an Arkansas public university. But students had to live in El Dorado to qualify.
That's changing. Starting immediately, the residency requirement is no more.
That's good news for students and for the area.
After all, last month we heard from El Dorado Promise's Lila Phillips about the positive impact the Promise is making on standardized test scores. And that's not all. The Promise has increased college-going rates, increased enrollment and increased the community's overall culture of education.
Exciting, indeed!

Julie
In 2012, Dauphne Trenholm and I took the leap to start our own communication business, First Class Communication. We specialize in working with education entities, so schools, colleges and such. So far, it's been a blast.